Spanish fines you should know about before going to Ibiza

The idyllic island of Ibiza draws millions of tourists, visitors, and workers every year – especially in the sun-drenched summer season. Like several parts of the Spanish kingdom, Ibiza is a legendary destination for its club culture and beautiful beaches.

However, the Spanish government wants to make sure that scenic places like this are safe and clean, both when the tourists are there and once they’ve gone. This is why there are quite a few laws and limitations on public behaviour, particularly in hotspots like the Balearic Islands.

If you aren’t well-informed on what you can and can’t do on Spanish beaches, you could quickly end up in legal trouble. The exact laws might vary from one part of Spain to another, but here are seven things you shouldn’t do in Ibiza if you don’t want to pay hefty fines.

1) Bikinis are for the beach only

It may come as a surprise to some people, who expect to be able to walk around the streets in their beachwear, but this is actually against public decency laws in many areas.

This means that while you can wear a bikini or walk around shirtless in swim shorts on the sand, or by a hotel pool, you need to cover up before you leave. Obviously, it means you can’t expect to go into shops or restaurants dressed this way, either.

It might seem harsh, but this can even apply to seafront promenades and the surrounding streets. If you aren’t on the beach itself, then you need to have more than swimwear covering your body.

If you’re caught walking around without wearing proper clothing, you could receive a fine of up to €300. This offence is reportedly quite common in Barcelona and Palma de Mallorca.

Additionally, there’s a higher fine up to €750 for public nudity. There are dedicated nudist beaches throughout Spain, but if you step out of the regulated area – or go onto a non-nudist beach – with no clothes on, or even just topless, you could end up at the local police station.

In an effort to curb out-of-control drunken tourists from causing social disturbances, there are restrictions on the sale and consumption of alcohol in resort areas like Magaluf, S’Arenal, and Playa de Palma in Mallorca and Sant Antoni in Ibiza.

Even if you book an all-inclusive holiday at a resort that covers your meals during your stay, you’ll be limited to six alcoholic drinks a day – with a maximum of three at lunch and three at dinner. If you want drinks by the pool in the meantime, you’ll have to buy them yourself.

However, you’ll find it difficult if you’re going out in the evening, as ‘off-licence’ sales are prohibited between 9.30pm and 8am – meaning no vending machines or self-service at night, either. There are also limitations on happy hours, open bars, pub crawls, and party boats.

Anyone breaching these rules, including organisers and attendees, could face huge fines between €60,000–€600,000. Meanwhile, if you’re caught drinking alcohol in the street in certain areas, you could catch a fine of up to €600.

3) No shampoo or soap at the beach

Most Spanish beaches will have public showers to provide somewhere for beachgoers to wash off before they leave. However, rinsing off with water is all you’re allowed to do – bathing products like soap, shower gel, shampoo, and hair conditioner are banned.

This is because the chemicals in such hair and body treatments are harmful to the environment, posing a threat to local marine wildlife. If you truly appreciate the beauty of the beach and ocean, you’ll want to preserve it, and not pollute it with poisonous chemicals.

While protective sunscreen is allowed, if you apply any kind of soap or shampoo to your skin and hair and then go into the sea, spreading your suds in the water, this could lead to a €750 fine.

It’s not worth causing environmental damage and receiving a financial penalty – just wait until you get back to your accommodation to have a proper shower.

4) No barbecuing or sleeping on the beach

Lighting up a smoky barbecue and enjoying grilled food on the beach sounds like a wonderful summer’s day for many people, but the dream could soon shatter if you get hit with a £2,500 fine for lighting an outdoor fire in a public space.

Sometimes beach barbecues are allowed in Spain, if permission is given by the local authorities first. Even if you contact them to request permission, there’s no guarantee they’ll grant it. This is part of their efforts to prevent wildfires from breaking out during hot and dry summer months.

Similarly, camping on public beaches is forbidden. You’re allowed to have a nice little nap on the sand during the day, of course, but staying on the beach overnight is illegal. Trying to sleep on the beach after dark when bathing hours are over could result in a €1,500 fine.

5) Some beaches have smoking bans

Though beaches are mostly open outdoor spaces, some local authorities have banned smoking completely on busy public beaches. This includes parts of the Canary Islands and Balearic Islands, as well as parts of Andalusia and Catalonia.

Most beaches should have designated smoking areas with clear signage explaining where you’re allowed to smoke. Don’t just try to light up anywhere just because you’re outdoors – you could still be fined €30 for this lack of consideration.

The fine for smoking on the beach might seem small compared to the penalties for other offences on this list, but it’s extremely avoidable. It’s not difficult to look for smoking area signs or to ask an official where you can go to smoke safely.

If you’re caught purposefully smoking outside of a smoking zone, or sparking up on a smoke-free beach where there’s a blanket smoking ban, you could even be fined up to €2,000.

6) ‘Balconying’ bans in hotels and resorts

An unfortunate trend amongst drunk tourists in holiday resorts is the dangerous act of ‘balconing’ or ‘balconying’. This involves jumping or climbing from one hotel balcony to another on a high-rise building, or leaping from a balcony into a pool some distance below.

Unsurprisingly, this perilous activity has resulted in numerous injuries and even deaths. No matter how high your spirits are or how good you think you are at free-climbing or parkour, partaking in this drunken tourist craze definitely isn’t worth the risk.

Even if you tried it and were miraculously unharmed, your holiday could quickly be cut short. You’re likely to not only be kicked out of your hotel and made to pay for any damages to their property, but also fined by the local authorities after they’ve reported you to them.

The high-risk activity comes with a high fine, too. It can range from €6,000–€600,000, with an average expected fine of €60,000. This is probably far more than most people spend on their entire trip to Spain, and can affect their ability to book future holidays in Spain.

7) No unlicensed parties or gatherings

With clubs and bars having restricted opening hours and alcohol sales, and the crackdown on party boats, there’s been a rise in illegal unregulated parties in Ibiza and Mallorca.

Of course, small private celebrations are still allowed, provided that they follow municipal noise laws for playing music during the day or night. However, when organisers host large gatherings at private residences and charge attendees to make a profit, this becomes an illegal commercial party.

While regulated clubs and bars will have licensed staff, capacity limits, and emergency exits to keep people safe, the same can’t be said of random private properties. Commercial parties at unregulated locations put people at risk by flouting security and safety standards.

Heavy sanctions are being imposed to deter people from hosting or attending such unlicensed parties, with possible fines up to a massive €300,000. Attendees won’t just receive average fines of €85,000 – anyone involved in the event, including collaborators, marketers, DJs, landlords, could be fined a minimum of €100,000 for their part in facilitating the offence.

Getting legal help from lawyers in Ibiza

At the end of the day, it’s your individual responsibility to respect the local laws whenever you visit another country, no matter how long you’re spending there.

It’s understandable if you’re not certain about which laws apply where – after all, each autonomous region of Spain can set its own rules, which don’t always apply to the entire nation.

If you have any concerns about your personal or business activities in an upcoming trip to Ibiza, or any part of Spain, our highly educated Ibiza lawyers can help.

Simply contact the Manzanares Abogados office for legal advice by calling +34 971 30 31 32, or send your enquiries by email to clientservices@manzanareslawyers.com and we’ll be in touch.

Since the programme launched in 2013, the Spanish Golden Visa has remained one of the top choices for residency by … Read more

Spanish fines you should know about before going to Ibiza The idyllic island of Ibiza draws millions of tourists, visitors, … Read more

Thinking about living in Ibiza as a digital nomad?

Moving to Ibiza as a digital nomad Working remotely wasn’t an entirely new concept, but when COVID-19 shut everything down … Read more 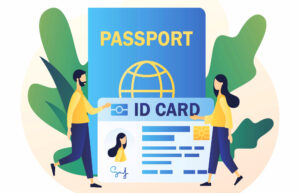 Spanish residency vs Spanish citizenship: What’s the difference? As you probably know, you don’t have to be a Spanish national … Read more

16 of the best places to live in Spain

If you’ve been dreaming about moving to Spain, or even just buying a second home there to spend holidays in … Read more

The dos and don’ts of getting a Spanish Golden Visa

For those with sufficient disposable income, the Spanish Golden Visa programme is a great option for gaining legal residency in … Read more

7 reasons to immigrate to Spain

7 reasons to immigrate to Spain Who hasn’t dreamed about spending endless days in the sun, surrounded by beautiful nature … Read more

Can Brits still buy holiday homes in Spain after Brexit?

Who inherits the most from Spanish inheritance law?

Of course, the subject of inheritance is one that many want to avoid, as after all, it is centred around … Read more

How does Spanish inheritance tax differ from the UK?

Inheritance is never a topic that people want to dwell on. But if you’re spending your retirement years in a … Read more

Why is it important to hire a lawyer that speaks your language?

Buying an off-plan Spanish property: A risk worth taking?

Building your own off plan property in Spain is the dream of many, right? After all, the gorgeous weather, friendly … Read more

What is important to know about Spanish housing regulations?

More and more people are coming to Manzanares Lawyers to learn about the laws on renting out property in Spain. … Read more

All you need to know about Spanish property conveyancing

When purchasing a property in Spain for the first time, it is highly likely that you are going to want … Read more

Why should you make a Spanish Will?

The subject of making a will is one that many shy away from talking about and for good reason! No … Read more

SALES ON NEW PROPERTY INCREASE ON 14.4% ON THE FIRST QUARTER

ON THE FIRST QUARTER OF THE YEAR, 133.989 UNITS WERE SOLD. TRANSACTIONS ON NEW PROPERTY INCREASED ON A 14.4% ANNUAL, … Read more

Property prices increase for the first time in six years

According to the Second hand property sale price index (IPVVR in Spanish), which is produced by the Land Registry using … Read more

JPMorgan states on its last report: “Spain is back”. The American company increases the 2014 GDP forecast for Spain, encouraging … Read more

For Malaga airport, last August was the month with the highest number of users of its history, with 1,680,707 passengers, … Read more

After Law 14/2013, dated 27th of September, went into force, a significant number of applications for “visa” or residency in Spain … Read more