In recent declarations raised, European courts declared that Spanish Inheritance and Donation Tax partly breaks European Union regulations. Luxembourg Court ruled on 3rd of September 2014 that this tax, a tax whose management has been transferred from central Spanish government to the jurisdictions of Autonomic governments, breaks EU ruling as it forces those citizens residing in other EU countries to pay a higher amount for it. Most Spanish Autonomic tax authorities offer tax relief only to individuals residing in their own jurisdiction. Therefore, EU citizens that are not resident in Spain or property owners whose assets are outside the country are forced to pay the governmental rate, which is higher than the autonomic rate.

The EU Court of Justice (ECJ) consider that there is “no objective difference that may justify such difference” in the application of such regulations on resident or non-resident citizens, or on properties that are located within the Spanish territory or abroad. “Difference in treatment lead to discrimination,” is pointed out in this sentence.

European justice is in agreement with the European Executive, which brought the case to Court in 2012, and considers that there is a “restriction” on free circulation of capital, ‑one of the pillars in which the EU was built on‑, regardless the Autonomic authorities reduce or not the tax rates on an individual basis.

The sentence is mandatory for Spain, and no appeal can be filed against it. A spokesman for the Ministry of Finance and Public Administration admits the “complexity” involved in adapting it at present and states that the technicians are already discussing the possibilities for the correct application of the ruling.

Following this resolution, it would be possible to request the refund of the amount paid (or part of it) in the case of many heirs that paid the tax following these regulations, regulations that are now declared illegal. The procedure for requesting said funds will vary depending on the time that elapsed since this tax was paid, as it will be easier for those cases in which payment was carried out less than four years ago.

In case you are interested in getting further information on this issue or this resolution may be applicable in your particular case, please feel free to contact Manzanares Abogados for a detailed study of the situation. 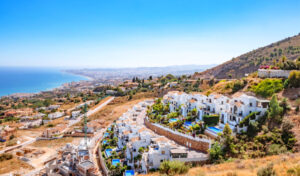 More foreigners than ever are buying homes in Spain, fuelling consistent growth in the Spanish housing market. In the first … Read more 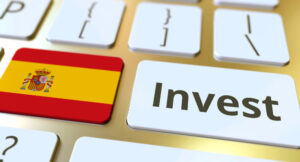 Since the programme launched in 2013, the Spanish Golden Visa has remained one of the top choices for residency by … Read more

Spanish fines you should know about before going to Ibiza The idyllic island of Ibiza draws millions of tourists, visitors, … Read more

Thinking about living in Ibiza as a digital nomad?

Moving to Ibiza as a digital nomad Working remotely wasn’t an entirely new concept, but when COVID-19 shut everything down … Read more

Spanish residency vs Spanish citizenship: What’s the difference? As you probably know, you don’t have to be a Spanish national … Read more

16 of the best places to live in Spain

If you’ve been dreaming about moving to Spain, or even just buying a second home there to spend holidays in … Read more

The dos and don’ts of getting a Spanish Golden Visa

For those with sufficient disposable income, the Spanish Golden Visa programme is a great option for gaining legal residency in … Read more

7 reasons to immigrate to Spain

7 reasons to immigrate to Spain Who hasn’t dreamed about spending endless days in the sun, surrounded by beautiful nature … Read more

Can Brits still buy holiday homes in Spain after Brexit?

Who inherits the most from Spanish inheritance law?

Of course, the subject of inheritance is one that many want to avoid, as after all, it is centred around … Read more

How does Spanish inheritance tax differ from the UK?

Inheritance is never a topic that people want to dwell on. But if you’re spending your retirement years in a … Read more

Why is it important to hire a lawyer that speaks your language?

Buying an off-plan Spanish property: A risk worth taking?

Building your own off plan property in Spain is the dream of many, right? After all, the gorgeous weather, friendly … Read more

What is important to know about Spanish housing regulations?

More and more people are coming to Manzanares Lawyers to learn about the laws on renting out property in Spain. … Read more

All you need to know about Spanish property conveyancing

When purchasing a property in Spain for the first time, it is highly likely that you are going to want … Read more

Why should you make a Spanish Will?

The subject of making a will is one that many shy away from talking about and for good reason! No … Read more

SALES ON NEW PROPERTY INCREASE ON 14.4% ON THE FIRST QUARTER

ON THE FIRST QUARTER OF THE YEAR, 133.989 UNITS WERE SOLD. TRANSACTIONS ON NEW PROPERTY INCREASED ON A 14.4% ANNUAL, … Read more

Property prices increase for the first time in six years

According to the Second hand property sale price index (IPVVR in Spanish), which is produced by the Land Registry using … Read more

JPMorgan states on its last report: “Spain is back”. The American company increases the 2014 GDP forecast for Spain, encouraging … Read more

For Malaga airport, last August was the month with the highest number of users of its history, with 1,680,707 passengers, … Read more

After Law 14/2013, dated 27th of September, went into force, a significant number of applications for “visa” or residency in Spain … Read more